Globe Telecom has announced the roster of shortlisted entries for the 2016 Globe Media Excellence Awards (GMEA) in Mindanao. Eighty-nine (89) shortlisted entries were chosen from a total of 444 entries submitted by print, online and broadcast journalists, columnists, bloggers, and social media influencers from Cagayan de Oro, Davao, General Santos, and Zamboanga.

Now on its 5th year, the GMEA continues to recognize excellence in journalism exemplified by members of the print, broadcast, online, and social media in Visayas and Mindanao. Globe first launched GMEA in Cebu and Davao in 2012 as part of its advocacy in supporting press freedom by honoring media practitioners who demonstrate excellence and professionalism in their field of work.

All submitted entries touched on any or a combination of the four (4) Sustainability Focus Areas: care for the environment, innate care for our people, positive societal impact, and digital nation.

This year’s GMEA is anchored on the company’s commitment to the United Nations Sustainable Development Goals as part of its advocacy to help create a Wonderful Philippines. “The critical role of media organizations and online communities in forming and shaping public opinion makes it imperative for technology organizations like Globe to encourage excellence in this field as we all aspire to effect societal change,” Globe Senior Vice President for Corporate Communications Yoly Crisanto said.

Shortlisted for the Reporter of the Year for Print were RG Antonet Go for “DSWD: Government’s 4P produces 218 college graduates in Region 9” (Zamboanga Today), Hader Glang for “4 Indonesian hostages freed by Abu Sayyaf” (Zamboanga Today), Nonong Santiago for “CHO acts on complaints vs. mall waste water disposal” (Zamboanga Today), Mike Baños for “Sowing the seeds of lasting peace in the mountains of Iligan” (The Philippine Graphic), Jigger Jerusalem for “Global water shortage seen in next 10 years” (Sun.Star CDO), Nitz Arancon for “Protesters accuse CA of taking bribes” (Mindanao Gold Star Daily), Henrylito Tacio for “What makes Davao City exceptional” (Edge Davao), Rhealyn Pojas for “The state of the toilet 2015” (Sun.Star Davao) and Yas Ocampo for “Upon which is water: Lessons from the marsh” (Mindanao Times).

For Columnist of the Year, the following entrants were shortlisted: Jun Feliciano for “Let’s bite the bullet as La Nina rears its ugly head (Zamboanga Today), Rev. Berlie Yap for “Our sympathy to the slain soldiers” (Zamboanga Today), Nef Luczon for “Climate change and social bonds” (Sun.Star CDO), Herbie Gomez for “Endangered statesmen” (Mindanao Gold Star Daily), Vic Marion Madriaga for “Digitally Stressed? How To Protect Thyself From Online Threats” (Mindanao Gold Star Daily), Henrylito Tacio for “Water vs. Dengue” (Edge Davao), Stella Estremera for “When Youths Empower Each Other” (Sun.Star Davao), Reuel John Lumawag for “Don’t be fooled, to share or not” (Sun.Star Davao), Melencio Mauricio for “Who has the US$100M laundered in RP now?” (Mindanao Bulletin), and Fred Lumba for “Narco-politics threat” (Mindanao Bulletin).

The Awards Night for the Globe Media Excellence Awards Mindanao will be held on November 22, 2016 at the Marco Polo Hotel in Davao City. Congratulations of my friends in the online media who are shortlisted here. 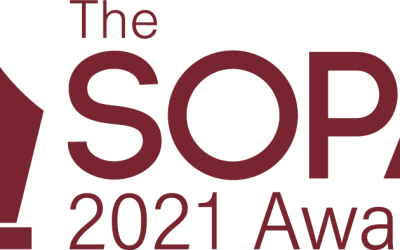 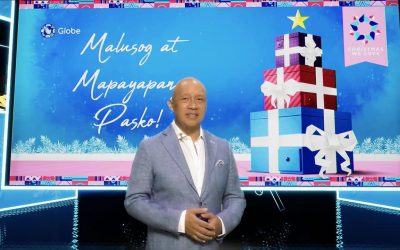