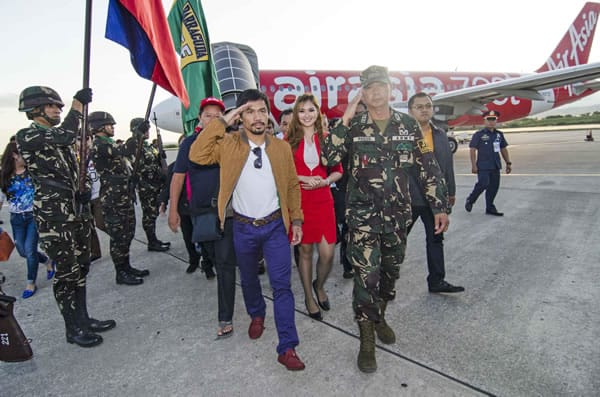 After a great fight yesterday of the People’s Champ, Manny “Pacman” Pacquiao versus Chris Algieri in Macau, he is now back in his place, General Santos City. He get full military honors from Army Reserves Command upon arrival in GenSan International Airport on board AirAsia flight from Macau. 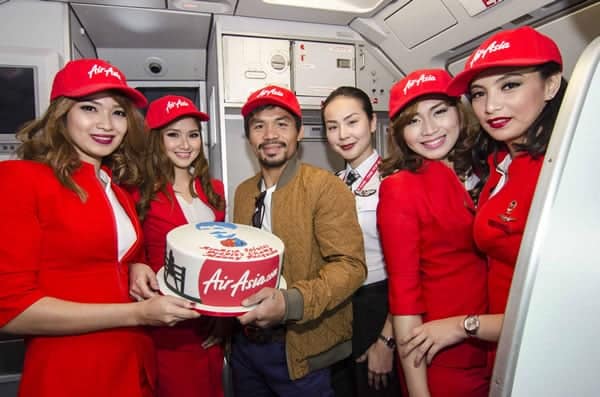 AirAsia flight and cabin crew give People’s Champ, Manny “Pacman” Pacquiao a surprise cake on board his flight from Macau to General Santos City. Two AirAsia jets with 360 passengers on board arrived in Pacman’s home province at 4:48PM. 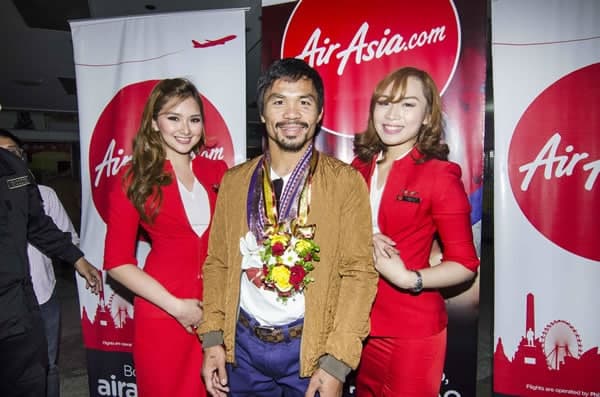 Pacman with AirAsia cabin crew at the arrival ceremonies in General Santos City.