Globe Telecom’s mobile data traffic grew 44% in 2016 to 361 petabytes (PB) from 252 PB a year earlier as smartphone penetration reached 61% last year, indicating that more and more Filipinos are now accessing the internet through their mobile devices amid continuing shift to a digital lifestyle.

The significant increase in mobile data traffic follows the company’s aggressive network enhancement build in a bid to boost capacities and expand coverage. “This validates Globe Telecom’s position as the country’s top mobile company and as the network of choice by smartphone users,” said Globe President & CEO Ernest Cu. According to him, the data also reflects the company’s endeavor to continue improving the state of internet in the country.

“Our efforts are bearing fruit and we expect mobile internet experience to improve further moving forward as we continue with the aggressive deployment of LTE sites in major cities, thereby, providing better indoor signal and larger capacity,” Cu added.

Burgeoning mobile data traffic also corroborates a special report released by social media management platform Hootsuite and a UK-based consultancy firm We are Social that more and more Filipinos are accessing the internet through their mobile devices. According to the report, total mobile subscription is now at 129.4 million as of January 2017, a 9% increase from a year earlier based on a total country population of 103 million. The report said 60 million or 58% of total population have access to the internet, a 27% increase from a year earlier while 54 million are active mobile social users, up 32% from a year earlier.

The report also said that Filipinos spend an average of 4 hours and 17 minutes per day on social media sites such as Facebook, Snapchat and Twitter. The data as of January 2017 are based on active monthly users from social media companies.

Disclosure: Some of the links in this post are ‘affiliate links.’ This means if you click on the link and purchase the item, I will receive an affiliate commission.

Weekend with the Wildtrak

I’ve been driving my old Ford Ranger Trekker every day for 15 years now. It is a 2005 model and it has survived the great flood of 2011 in Cagayan de Oro during the onslaught of Typhoon Sendong. I mostly used hauling goats and materials on the farm. Until recently, I... 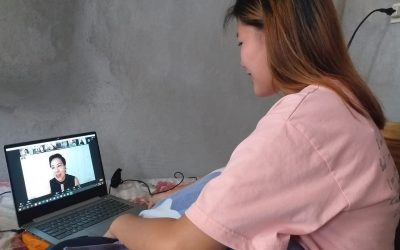 With the Philippines bracing itself for the impact of artificial intelligence (AI), one social impact tech startup is making sure that Filipino women are prepared for the inevitable changes. Philippines-based startup Connected Women creates opportunities for both...

Ford Philippines is making vehicle ownership easier and more affordable this June with special deals and promotions for its pick-ups, SUVs, and Ford Transit van. New offerings available this month include a buy now, pay later payment scheme, low monthly plans, and a...